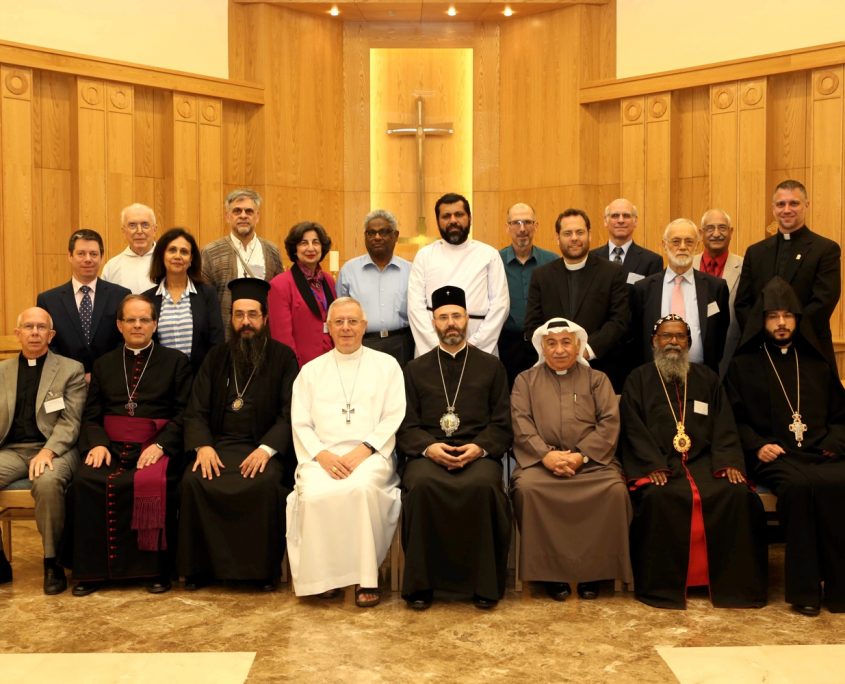 Over the past several years, through numerous consultations with the World Council of Churches (WCC), the Middle East Council of Churches (MECC), bishops and other church leaders who preside over the churches in the Gulf, the concept of creating a new Gulf-specific ecumenical body has gained wide support.

In March of 2012 a small group of bishops and representatives from various churches in the Gulf (Catholic, Eastern Orthodox, Episcopal Churches in Communion, Oriental Orthodox and Protestant) gathered informally in Abu Dhabi to continue developing plans toward the formation of a new ecumenical fellowship of churches in the Gulf in order to more effectively address common concerns within the six Gulf Cooperation Council (GCC) Countries: Bahrain, Kuwait, Oman, Qatar, Saudi Arabia and the United Arab Emirates, and Yemen.

At the request of the Gulf church leaders who gathered in Abu Dhabi in March of 2012 and again in Beirut in November of 2012, a small committee was formed and tasked with drafting a concept paper to explore potential organizational structures of a Gulf-wide fellowship of churches, to identify areas of shared ministry and concern, to generate a comprehensive list of churches to be invited to this new Gulf-specific ecumenical fellowship, and to draft criteria for involvement.

An estimated 65 church bodies in the Gulf including the historical churches and regional church councils: Mar Thoma, Indian Orthodox (Malankara Syrian Orthodox), Malankara Jacobite, Catholic, Greek Orthodox, the Middle East Council of Churches, the Anglican Church, the Reformed Church in America, and various Evangelical and Protestant churches had input into the writing and adoption of the 2012 concept paper for a Gulf Churches Fellowship.

Read Next: Organization and the Theological Basis for Ecumenism in the Gulf.